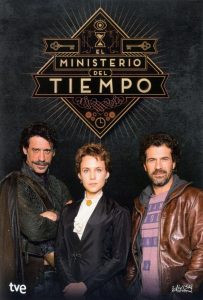 I’m currently living in Barcelona. I moved here a few weeks before a referendum vote declared illegal by Spain’s central government. The vote was to decide whether Catalonia might secede from the rest of Spain. Part of me viewed this with flippant disdain for what I saw as the narcissism of small differences; part of me knows better, knows the history of Spain, its varied states, their stories of violence and oppression, minor and major in their degree. This post is not about the secession of Catalonia. I still don’t have a definitive opinion on the matter, and being neither an EU citizen nor in a position of power or influence, I feel no need to. (I’m sure my friend Pablo a, has an opinion, b, has an opinion about what my opinion should be, c, has an opinion about my lack of opinion and d, would absolutely never tell me because his ethical principles do not discriminate in size; politics between nations and between friends are equally subject to sticking to your guns. Frankly, that sounds exhausting). 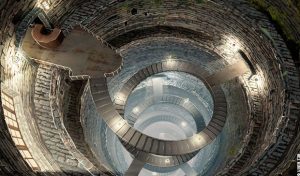 But, I bring this up because it has me thinking quite a lot about Spanish nationalism. Well, this internationally relevant debate and a recent TV binge. Netflix put up all three seasons of El Ministerio del Tiempo, or The Ministry of Time, and feeling that since it was at least in Spanish, I wasn’t merely being a couch potato spending many uninterrupted hours watching it. The much eye-rolling I received from Spanish friends in response to my excited discovery of a Spanish sci-fi show along with the tepid concession that “well, yes, surprisingly they’ve done a show in the American style, and it’s at least decent” nearly wrecked my proud feeling of passive education. But, I was being educated alright, educated in a definition of “Spanishness.”

The premise: The Catholic Monarchs, Ferdinand and Isabella, along with their many accomplishments (consolidating Spanish rule on the Iberian Peninsula, supporting the discovery of the Americas, purifying their kingdom through the expulsion of all the Jews and Muslims), found the Ministry of Time, which houses a series of doors that act as portals across the vast time and space of the Spanish Empire. Lest this particular accomplishment remain without blood on their hands, the man who discovered the portals, who worked out and wrote down how they function, is one Rabbi Abraham Leví, condemned in season 1 episode 4 to relive the same day of his burning by the Inquisition behind the only door in the whole Ministry stuck in a time loop. (Applause Isabella. Applause.)

The unremitting goal of the Ministry of Time is to preserve Spanish history. This includes things like ensuring Cervantes gets the Quijote published, Adolfo Suarez’s  ancestor isn’t killed, Lope de Vega doesn’t die and that the Rabbi does. (The Rabbi is based on an actual person, and, curiously, in real life, he was not torched by the Inquisition nor was he the bumbling, wise-man pet of Isabella). There are whole episodes dedicated to making sure a bunch Velázquez paintings are destroyed when a castle burned down and even to preserving the circumstances of Franco’s reign. The Ministry is plagued with people trying to rewrite time, and the show at least gives cursory space to asking why this is so necessary.

So, what does all of this have to do with Spanish nationalism? Though a couple of friends of mine from Madrid tried to shout me out of the belief that a crappy TV show could be telling them what it means to be Spanish, after watching one of the protagonists give a speech from the Siege of Baler about what all these soldiers from “Andalusia, Catalonia, Extremadura and the Basque Country” have in common in an episode that aired in April 2016 (the increased buzz about Catalan independence started in 2014 if not before), my conviction was renewed. We are one Spain, the show seems to say, and this is our history. A mutual history, a mutual time and space along with a shared conception of it, is paramount to citizens’ sharing what Benedict Anderson calls an “Imagined Community.” The necessity of a mutual concept of past, present and future predates this critic’s seminal weigh in on the matter. It probably even predates Ernest Renan’s 1882 speech at the Sorbonne, “What is a Nation?,” in which a shared timeline in the form of a shared history is central to nurturing budding nations.

So, El Ministerio del Tiempo is a purveyor of Spanish nationalism. The doors only go to Spanish territories, which, in watching the show, we are reminded were once vast. The cell phones which mysteriously have coverage in time periods long before satellites, only have coverage in Spanish lands (i.e. when the Treaty of Paris is signed, poor Julián loses his life line from one day to the next, and the very sexy, 16th century soldier Alonso has to save him). If the highlight tour of Spanish territory is not enough to convince you, consider this, the entire show/ministry is dedicated to showcasing/preserving Spanish history! Protegemos la patria!

Narratives of citizenship aside (though not totally aside, I still have so many questions: what is the definition of Spanishness being purveyed? How are they rewriting different historical figures? How do they portray other countries and Spain’s relationship to them? For example, the American version of the Ministry is a bunch of bumbling capitalists with great tech and zero scruples. I could keep going), the show is highly enjoyable…if you suspend some of your needs for consistency within a fictional world. But, hey, it’s a Spanish show “done in the American style,” so just enjoy your kitsch and stop whining.