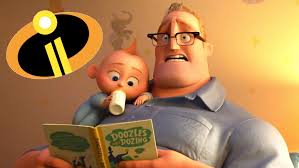 Children’s movies are instructive. (Actually, all movies are instructive. Why do you think I don’t volunteer to be the winter caretaker of scenic overlook hotels anymore? Or marry someone who would. Wait, I may have done the latter.) We go to these movies anticipating a lesson. The fairy tale, the myth, the Bible story and the feature length cartoon are all visited with an expectation of a moral. Disney and Pixar know this. (Ok, Pixar is a subsidiary of Disney. I still think of them as separate in terms of what movies they’re producing). Pixar has a major theme with encouraging bravery even when you feel scared (Finding Nemo (2003), Monsters Inc. (2001), Brave (2012)). Until about the 1990s, all of Disney’s lessons for girls were, “serve, wait for a man and fear women who don’t have youth and do have ambition” (Snow White (1937), Cinderella (1950), Sleeping Beauty (1959)). Their lessons for boys were, “be boys!” (Peter Pan (1953), Pinocchio (1940)). Though, lately Disney seems to be trying to make amends, moving through “misbehave and wait” (The Little Mermaid (1989), Beauty and the Beast (1991), Aladdin (1992), Pocahontas (1995)), to gender-bucking girl-heroes (Mulan (1998), Moana (2016)), and “oh, actually women can have nuanced relationships” (Frozen (2013), Maleficent (2014)). 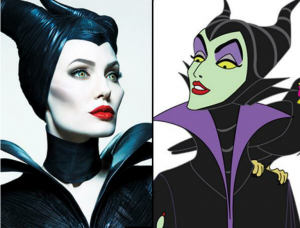 (Admittedly, this second one is not animated, but a, it deliberately tries to reevaluate the evil crone, and I’m into that; b, Angelina Jolie’s beauty is exaggerated to the point of being cartoonish; and c, live action-ing classics is the new cartoon). Disney may have its faults, but even its teachings are developing with the times.

Generally, children are the target of this instruction. Christopher Robin and the Incredibles movies are no exception. They are teaching a number of valuable skills to kids. They learn from watching what the children in the movie go through. In Christopher Robin, Madeline has trouble talking to her dad, or rather in getting him to hear her. 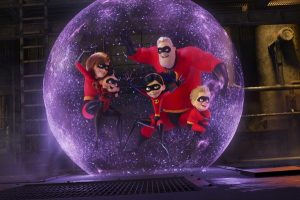 Though far from a main theme, her articulating and sharing her feelings provides a helpful model. Violet and Dash Incredible (oops, I mean Parr) demonstrate lessons about being responsible and taking care of family, even if the protective force fields and journeys to save captive parents will only ever be metaphorical for us non-incredibles. Kids also learn from watching the adults. Regardless of age, the viewer identifies with the protagonist, shares his point of view, and experiences his character arch. In the first Incredibles movie, Mr. Incredible brings us lessons about sharing, lying, expectations and responsibilities. Christopher Robin learns about excessive seriousness, about the need for play despite a desire to prepare for the future and be faultlessly dependable. These lessons are particularly fun to decode in children’s movies because typically the hero and the villain reflect one another. Billy Pine/Syndrome’s hero worship, his desire to be the soul savior of the day, to be surrounded by the awestruck love and admiration of a helpless and grateful population is only a slightly warped version of the same attitudes Bob Parr/Mr. Incredible has been expressing throughout the film. Defeating the villain is about identifying and overcoming the negative inside. Disney, with its ever-light touch, has Piglet, Tigger and the rest of the Hundred Acre Wood crew repeatedly identify Christopher Robin as a Heffalump, a dangerous, childhood crushing creature that can only be defeated through imagination and play. Children watch these movies and learn about fallibility, the importance of whimsy, the need to be open to and listen to others.

Pixar has long since brought us out of the model of kids movies are for kids. I don’t foresee using my dad’s move of listening to books on tape as my only recourse to making two hours of animated feature tolerable. But these summer kids’ flicks, Christopher Robin and the Incredibles movies, not only ask parents not to shut them out but actually seem more directed at them than at their children. They’re instructive alright, instructive to adults, specifically to dads. All three of these movies are about fatherhood, and they have valuable lessons to impart. So, take off your headphones, Dads, because Winnie the Pooh has something to tell you. 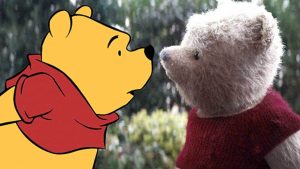 Christopher Robin takes on the hobgoblin of upper middle class minds: efficiency. Always working, working, working, a grown-up Christopher Robin is missing out on his life and his child’s childhood by not preserving a sense of his own. He’s so concerned with ensuring his daughter’s future, through his own self-obliterating work ethic and teaching the same to his progeny, that he’s forgotten that doing nothing often leads to the very best of something. Mr. Incredible also learns that fatherhood is more dynamic than being a lone-wolf, hero provider (part of a larger discussion on masculinity, which you can read about here , here , here. Seriously, just type “incredibles masculinity” into a Google search. I’m not the only one who noticed, ok). While Christopher Robin is essentially teaching the same thing as Mary Poppins (1964) – i.e., reminding dads to spend time with their children – and the first Incredibles is largely doing the same, Incredibles 2 betrays a quick evolution for mainstream models of fatherhood. It’s not just that Bob/Mr. Incredible grapples with being a stay-at-home dad and that the movie provides an example of that being an ok role for the man of the house. It’s about watching a father invest a super-human level of energy into the job of parenting and deriving self-worth from that work. It’s about not being good at something the very first time you have to do it (I think that this, more than the inept father trope, is the import of the “Mr. Incredible gets the kids to school” montage). It’s about letting your children see that you’re not perfect but you’re trying. These things are building far past teaching the untouchable father that he’s allowed to have feelings.

I’m calling this out not because I think my dad should’ve taken his headphones off.

Honestly, if I have to take my 14-year-old to see Moulin Rouge for the fifth time while it’s still in theaters, it’s only reasonable to bring my own entertainment. I’m signaling it because the three major summer movies for kids this year, Christopher Robin, Incredibles 2 and Hotel Transylvania 3, are all about fatherhood. I’m not accusing men of being a particular stereotype. We’re becoming increasingly aware of the limited models children’s movies give to daughters, but boys, fathers even, have also been represented in a constricting way. These summer spoonfuls of sugar might be giving us something new.

After I wrote this post, and my parents successfully defended the use of books on tape in children’s movies, my father found this article in the Washington Post and sent it to me. Hope for Dads!